The recent revelation that BAKKT Bitcoin futures are only 37% backed with physical bitcoin crushes the continuous myth of “fully Bakkt” futures. This comes months following the revelation that only 70% of Tether (USDT) is backed and raises the question on whether the whole crypto field is manipulated in one way or another.

Stabbed in the BAKKT

A number of investors in physically settled bitcoin futures have held on to the belief that “Bakkt futures are fully collateralized or pre-funded (as they were to be)”. However, a recent FAQ on the Bakkt website cleared up the myth stating around 37% of the futures are backed by dollars of treasuries.

With such a grave realization coming to light, the whole sentiment on Bakkt boosting Bitcoin adaption crumbles as over a third of the contracts remains cash-settled. The futures were tipped to be the golden child of the pioneer cryptocurrency as perma bulls saw it as an opportunity for institutional investors to take up the digital asset.

However, the futures are yet to materialize with Bitcoin’s price on the dump despite the rising volumes on Bakkt. Explaining the overall layout of how the process at Bakkt works, Alex tweeted,

Futures are not backed by bitcoin. Traders trade on margin and need to have collateral (cash).

Prior to expiry, traders close/roll or go physical. Those holding a short into expiry must have bitcoin in the warehouse. pic.twitter.com/iEU4Mi8dmf

BTC perma bulls on the wrong side of the trade

As CFTC-regulated Bakkt keeps on celebrating new milestones in volumes traded, the effect on Bitcoin’s price remains no-existent. At launch, less than 50 BTC futures contracts were traded in the first 24 hours, raising derision amongst the community. And even when the volumes started rising, BTC’s price remained rather stagnant despite a short spike to $10,000 USD in late October. 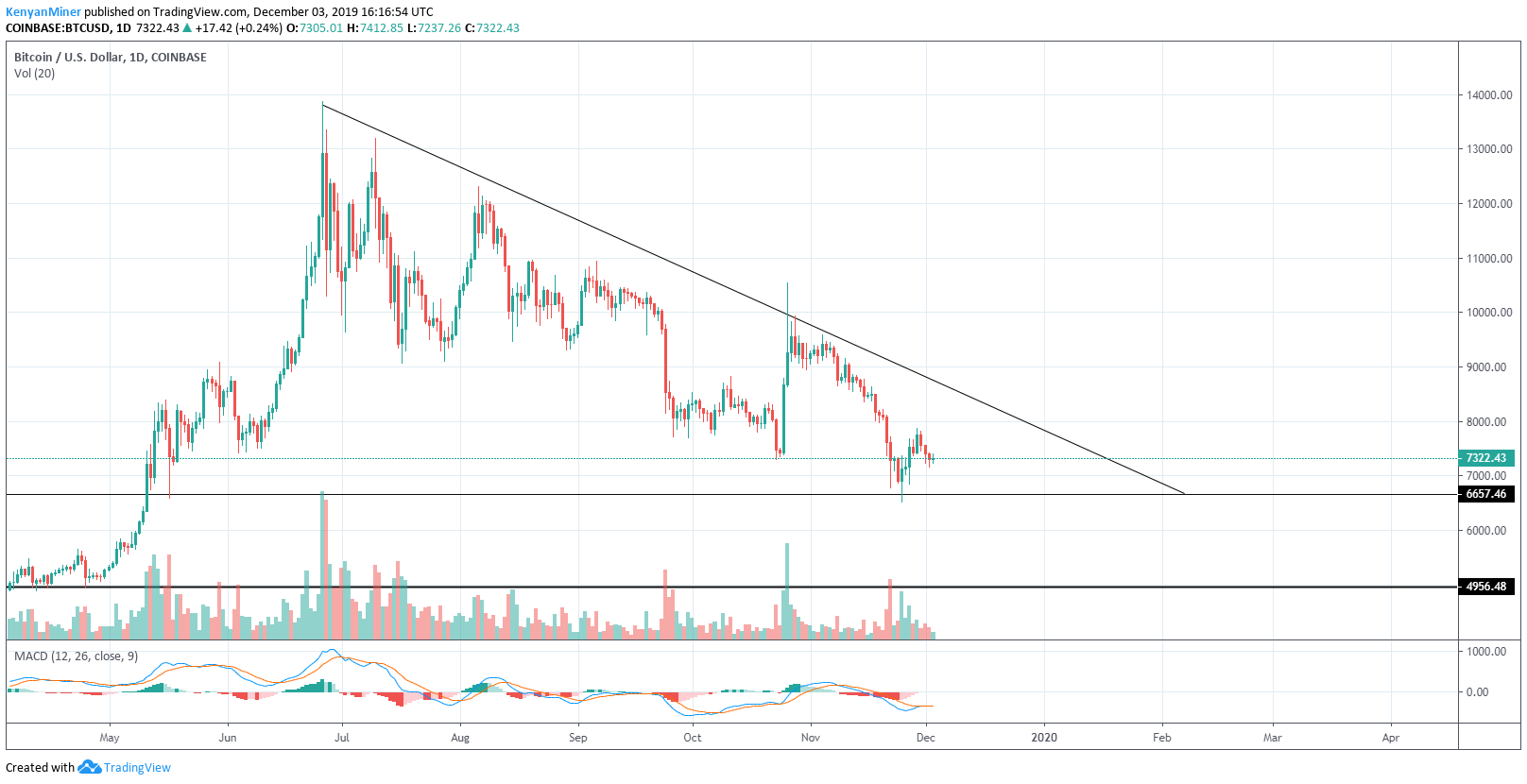 Currently at $7,330 USD on Coinbase, bulls are starting to agonize on the overall state of the market as a failure to close above the bearish wedge formation on the daily charts spells doom for the price.

While Bakkt’s influence remains unnoticed in BTC’s market, 2020 will present a fine chance for the ICE-owned facility to influence the market as the halving approaches.