Bitcoin’s price has been reflecting strong buyers’ momentum in the market on 30 March. As the clock struck midnight, BTC’s value started to climb steadily from $5,918 to $6,300 within 6 hours. The price continued to rally, at press time, and hinted at a shorting behavior in the market. BTC was being traded at $6,299.04. 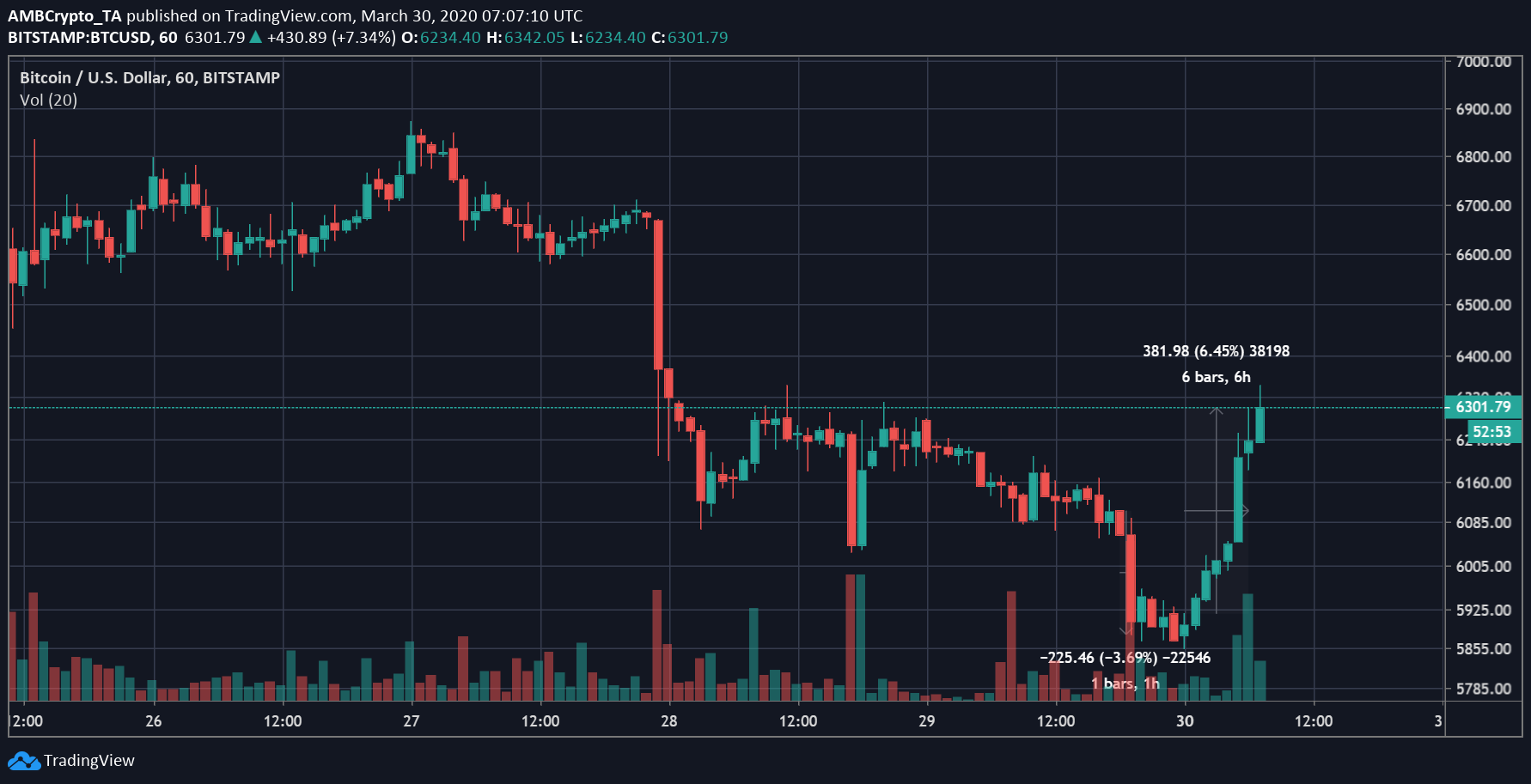 According to data provider Skew, the consecutive rising price triggered short liquidations on BitMEX worth over $12 million, at press time. The highest liquidations took place at 0500 UTC when $8.5 million worth shorts were liquidated indicating a buying pressure in the market. 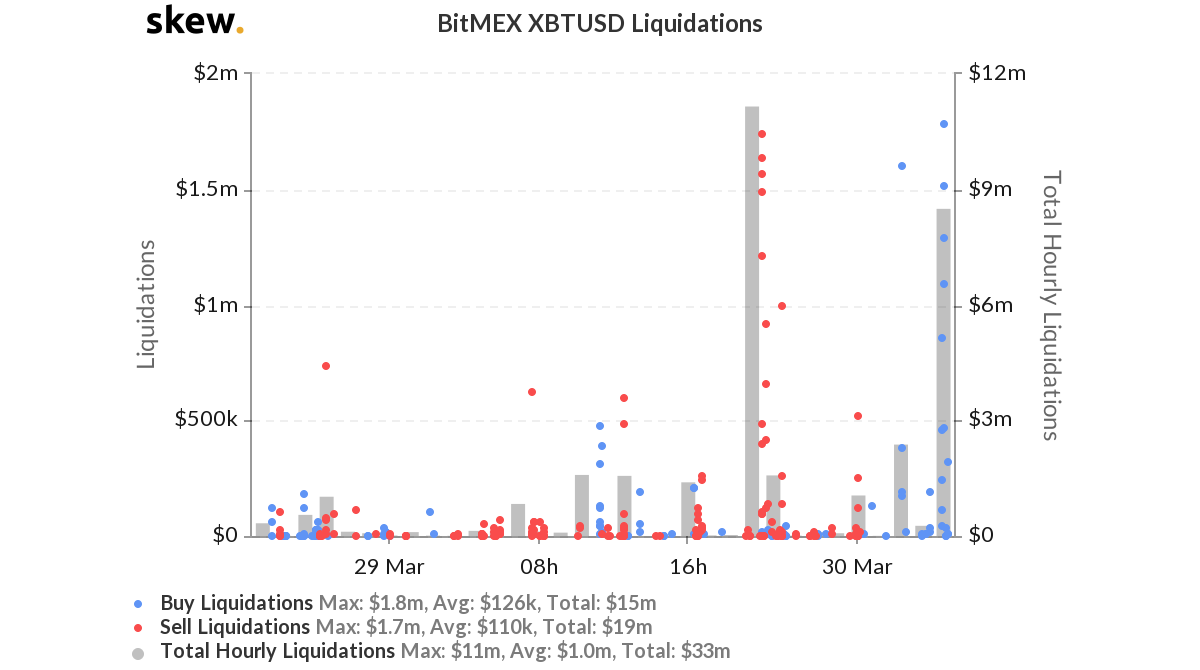 On 29 March, the Bitcoin price saw sell liquidity enter the market as the coin began to fall at 1800 UTC from $6,109.50. It plunged by almost 4% in an hour to $5,918.02, which resulted in a spike in sell liquidations of $11 million in a single hour. This could indicate that the traders have been cautious about the rising pressures in the market and chose to opt out when the price dipped once again.

This set off many strong liquidation points and contracts worth $33 million were executed in a day. Sell liquidation took a lead with $19 million, indicating higher selling pressure. While the remaining $15 million in buy liquidations suggested traders building the market.

Bitcoin’s growing price also seeped into Etherem’s market as the coin was also reporting a 5.40% boost in its value. This boost triggered liquidations worth $109k on BitMEX on 30 March alone.

The market indicated an increased buyers’ interest, as buy liquidations accounted for $331k over a day, while sell liquidations were noted to be $328k. ETH was being traded at $130.12, at press time.