Zcash and Maker although still not bullish enough, were definitely displaying signs of short-term positive price reversals, as the selling pressures for the two digital assets continued to weaken.

Bitcoin SV however, seen making a bearish breakout below its trendline, could witness a few more bearish sessions, as the bulls were yet to solidify a strong buying sentiment in the BSV market. 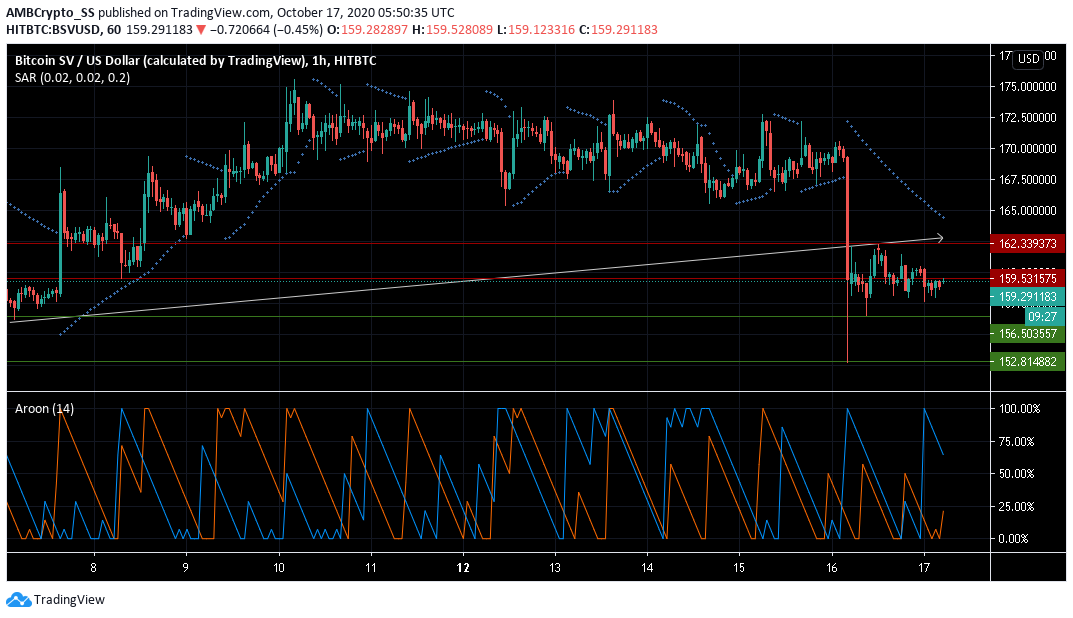 The immediate short-term view on Bitcoin SV remains bearish, given the reading from its technical indicators on the hourly chart. The digital asset at press time was trading at $ 159.29 and lost nearly 8% over the last 48 hours.

The dotted lines of the Parabolic SAR above the candles, maintained a clear view on a possible downward price action, for the next few trading sessions.

The Aroon Indicator too, was suggesting a selling pressure, as the price trend appeared also to be bearish with Aroon down (blue) seen above the Aroon up (orange).

In other news, Jimmy Nguyen recently spoke at India’s first Bitcoin SV meetup- considered a major South Asian market. In a bid to boost investor confidence in the BSV market, he spoke to the audience about the unique opportunities, blockchain developments, and scalability projects available on Bitcoin SV. 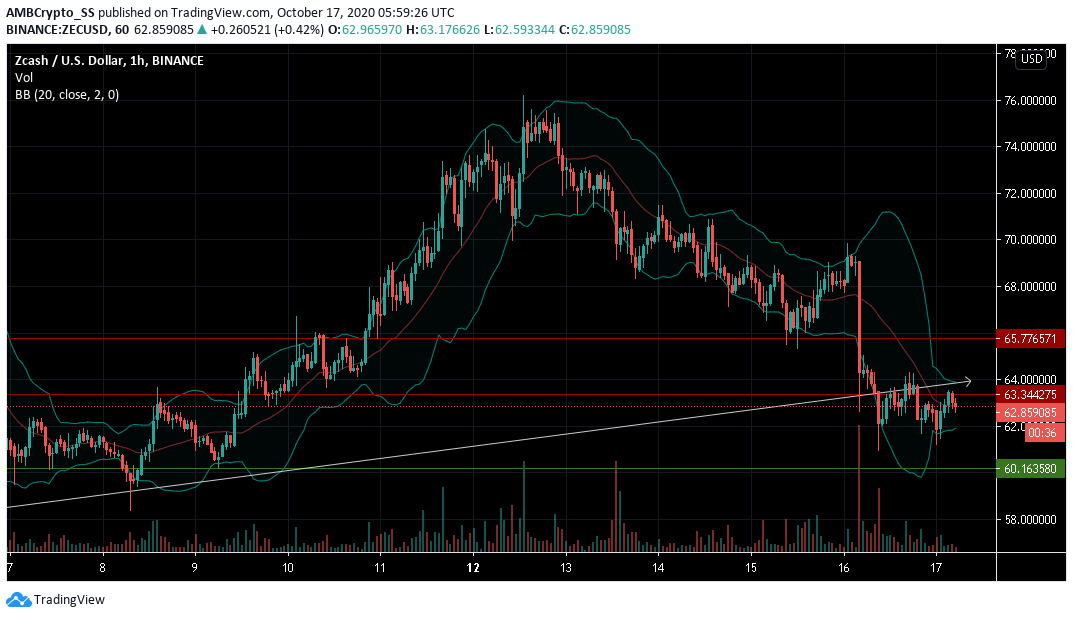 Down by almost 2.5% since yesterday, Zcash had made a bearish breakout below its trendline and could be poised for further downside towards a crucial pivot level at $ 61.81

This remains a likely scenario, as bears seemed to lose out on their strength given the below-average sell volume, required to push down the prices till the next support.

Furthermore, price stabilization might occur just above the $ 61.81 pivot level, as the convergence seen in the Bollinger bands, hinted toward lower volatility levels.

A low sell volume and volatility may thus not support the bears in maintaining a strong downward price momentum in the coming days. 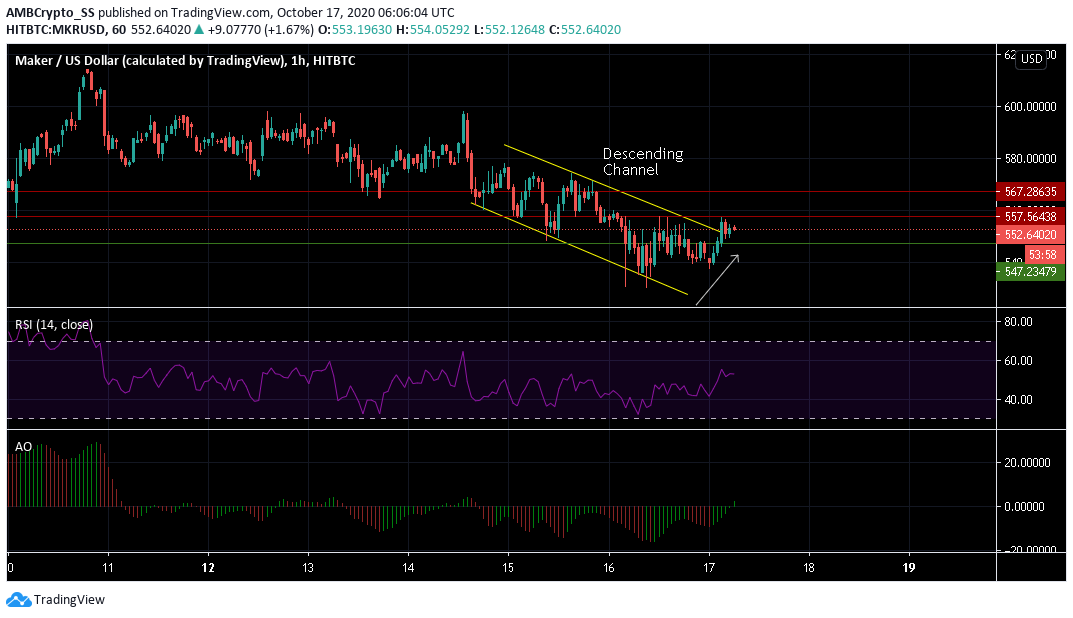 A descending channel formation was visible on the hourly chart of Maker. Given the recent bearishness faced by the digital asset, and the bullishness that follows after similar patterns, a price reversal at this point seemed highly likely.

The Awesome oscillator was displaying a bullish crossover as it rose above the zero line, a clear sign of positive price momentum.

The Relative Strength Index too underlined a strong buying sentiment. A further rise above the 54 level could aid the bulls in gaining control at the immediate resistance level at $ 557.56

The daily dip in MKR prices at press time could be a good ‘buy on dips’ opportunity. While a bounce again from the immediate support could strongly confirm an upward price action in the next few days.