A little bit of pessimism is a healthy perspective, especially when you are keeping pace with the digital assets industry.

After Bitcoin‘s momentous surge this month, the past week’s correction of 6 percent has made some bulls in the market quite uneasy, with many fearing a drastic pullback below the key support range of $8100-$7900.

Despite such bearish concerns, however, veteran trader Peter Brandt continues to see more light at the end of the tunnel for Bitcoin. 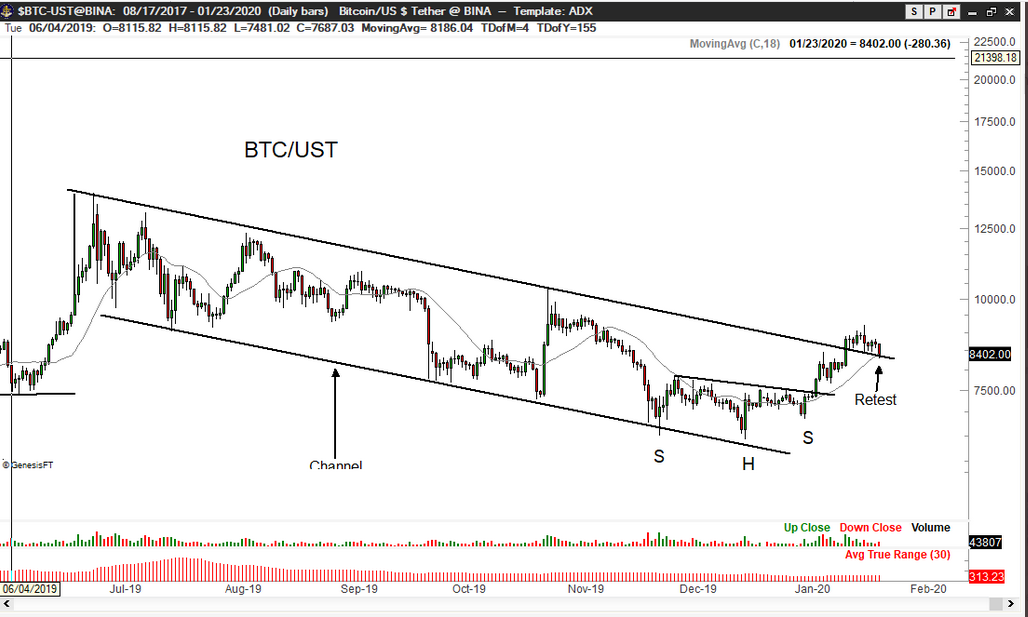 The trader was able to identify four key reasons based on which, he believes Bitcoin would continue to consolidate higher, in spite of recent corrections. Brandt pictured the long-term descending channel and explained that the breach on the upper boundary of the channel is a ‘normal’ situation. He added that the coin also retested the 18-Daily Moving Average (18-DMA) which is a positive sign from a correction point of view.

Bitcoin briefly touched $9000 on 14 January, but the price opened at $8100 on the same day, registering a local low. Brandt claimed that since Bitcoin had not fallen to $8100 yet, this meant that bullish momentum is still evident in the market.

Brandt’s projections caught the attention of other traders in the crypto-market, with Mati Greenspan, Founder of Quantum Economics, agreeing with the strength of Bitcoin’s bounce off current support levels. He stated that the recent rebound off $8200 is a positive signal, something that may have bullish inference going forward.

However, Brandt also highlighted that a change in any of the aforementioned parameters can trigger a major correction in the market, leading to another serious tussle between the bulls and the bears.

2020 marked the start of the 3rd year since Bitcoin last reached its ATH. Hence, the probability of a positive scenario for Bitcoin this year is higher than in 2019.