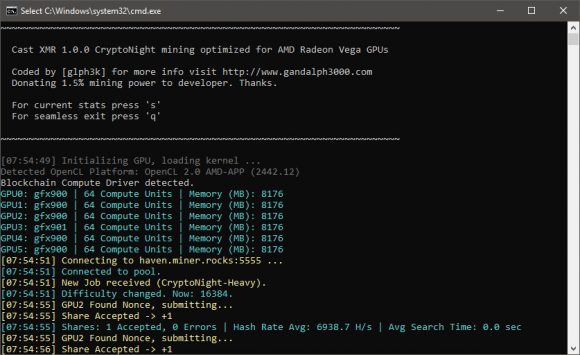 We are reminding you that Cast XMR is a closed source miner available only for Windows (64-bit) and that there is 1.5% developer fee included to support the further development of the software, so if you are not Ok with any of these you can go for an alternative miner solution. Cast XMR is still one of the fastest VEGA miners and the development track record justifies the dev fee in our opinion and you can of course also use the miner on other ADM Radeon RX GPUs with at least 4GB video memory.

– To download the latest Cast XRM 1.0.0 miner for CryptoNight mining on AMD GPUs…