The importance of exchanges is significant in the industry. Without the presence of these crypto-institutions, the distribution of assets would not be possible. However, the high concentration of any digital currency on a single exchange calls for potential risk which could surface in an event of a hack or cyber-theft.

A recent report released by Coinmetrics studied how Bitcoin and Tether trading volumes were distributed among major exchanges around the world, from 1 April 2019 to press time.

It was observed that Bitcoin-US dollar trading took place majorly on Coinbase, Bitfinex, Bitstamp, and Kraken as these exchanges accounted for roughly 85 percent of the total Bitcoin-USD volume. It was observed that Coinbase’s average hourly volume had a variable range lasting from 300 BTC to as high as 2000 BTC, during the time period. 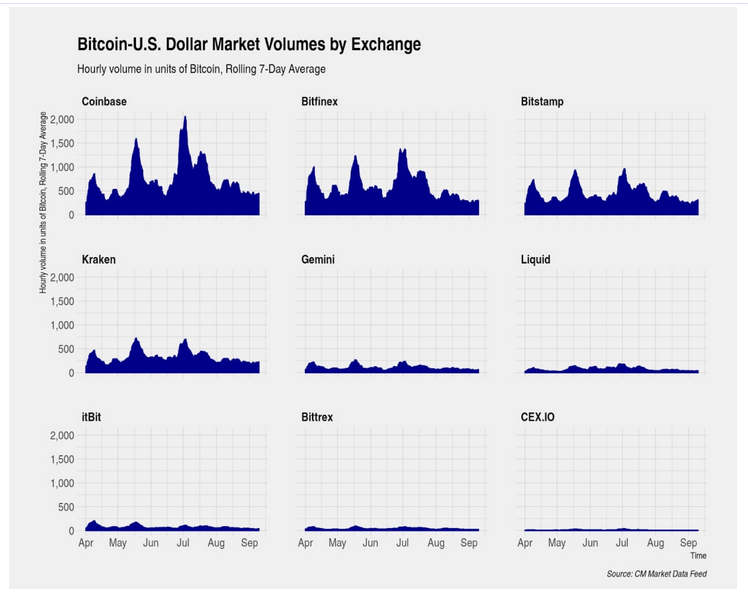 Since the start of April, Coinbase has progressively improved its market share from 24 percent to 32 percent, dismantling Bitfinex’s dominance in the charts which fell from 25 percent to 19 percent. It was suggested that Bitfinex’s withdrawal in market share was due to its issues with timely withdrawals and a more strict regulatory environment. 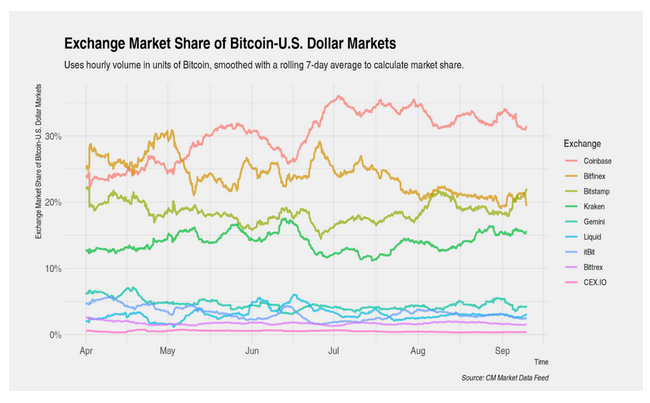 In terms of Bitcoin-Tether trading volume, Binance was the unprecedented leader, followed by the likes of Huobi, LBank, HitBTC, and ZB.COM.

However, the report added that a higher fraction of fake volume was attached to these exchanges. The aforementioned exchanges were responsible for 95 percent of the reported volume. 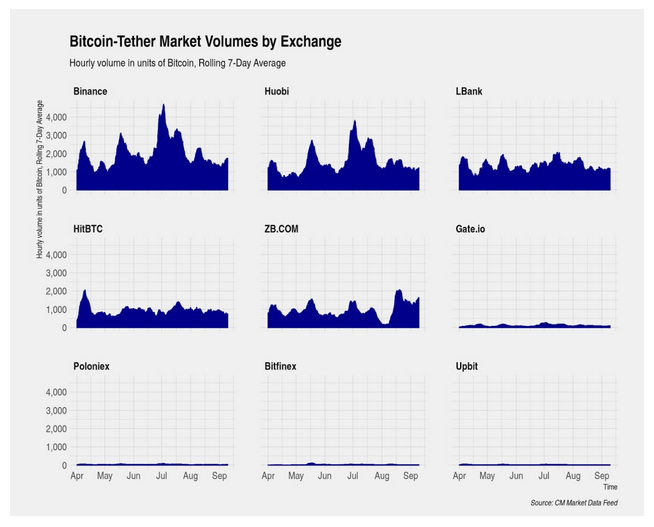 The volatile nature of BTC-USDT share market was associated with its inflated reported trading volume on certain exchanges. Since 1 April, the exchange with the most BTC-USDT market share has changed on three separate occasions. 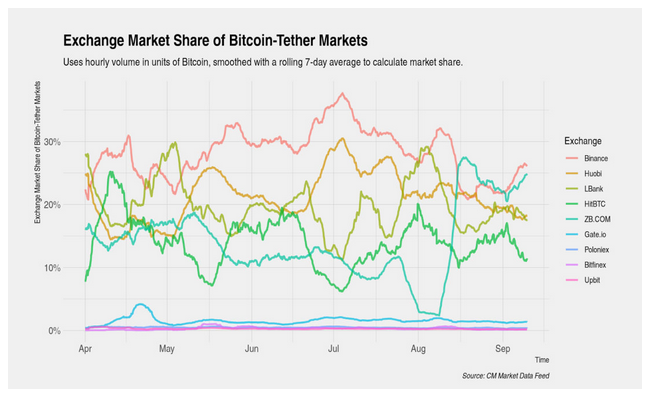