Blockchain technology is a disruptive force of epic proportions but the world has not even begin to scratch the surface of disruptive potential in this emergent technology. Blockchain technology is forcing the world to rethink the concept of money as cryptocurrencies continue to make a strong case for decentralized money. Smart contracts are also eliminating the need for brokers and intermediaries in business interactions because smart-contracts can self-execute once trigger parameters are met.

Now, blockchain technology is changing the way businesses raise money as ICOs continue to gain widespread adoption among cryptocurrency investors. Businesses often need to raise money for various reasons that can broadly be grouped as startup capital, working capital, and expansion capital. In the traditional world of Wall Street, businesses that want to raise money are usually left with the options of raising money through debt or equity.

Now, traditional companies will real-world businesses are joining the ICO bandwagon as the influence of Wall Street as the gatekeepers of investment funds begin to wane. This article looks at three companies that are potentially snubbing Wall Street by looking for funding from the blockchain and cryptocurrency market.

In December 2017, Pavel Durov, CEO of Telegram revealed to Bloomberg that he was planning something big for Telegram this year. Telegram is a cloud-based instant messaging service released in 2013. It is similar to WhatsApp but it allows users to create groups with practically unlimited number of members and it has an optional self-destruct messaging akin to SnapChat. In the last couple of months, cyberspace has been awash with news stories about what could well be the largest token sale in history.

The tokenization of Telegram is going on in hushed tones, but available news reports indicate that the tokens are being sold with a Simple Agreement for Future Tokens (SAFT) scheme. The firm is yet to reveal its plans for a crowd sale but feelers on its presale shows that Telegram raised an initial $850 million in the first milestone of its ICO. An SEC filing by the company notes that the funds will be  “for the development of the TON Blockchain, the development and maintenance of Telegram Messenger and the other purposes”.

Telegram is a well-known brand, it has an existing product in the market, it boasts of more than 200 million monthly active users. The Verge reported that Telegram is already working on second pre-sale in which it would raise another $850 to bring the total Going forward, investors in the cryptocurrency industry are eagerly waiting for news of Telegram’s crowd sale.

Similar to Telegram, ASKfm is another massive social network out of eastern Europe that might be transitioning from the Internet into the blockchain ecosystem. Ask.fm is a social networking platform where people can ask and answer questions – akin to how Quora and Stack Overflow works – the site has built up a user base of about 215 million since its launching in 2010.

ASK hasn’t announced its plans to transition into blockchain or hold an ICO but the grapevine is already loaded with rumors that the firm might be working on a blockchain project. For instance, job posting ads for a blockchain professional on Crypto Jobs List by Brain Combinator says “the client is a global social Q&A network with more than 215 million registered users in more than 150 countries.” One could have been tempted to think that the client is either ASK, Quora, or Stack Overflow.

ASK is a major player in the social network space and its focus on millennials give it a ready-market in the blockchain space. However, it is still a little too early to know if the firm will actually pursue blockchain goals of if these rumors are unfounded.

In January, Kodak, the American photography giant announced that it was working with WENN digital to launch a major blockchain project. The blockchain-based project will fundamentally be an image rights management platform in which photographers can list, sell, and receive payments for their work on a secure blockchain platform. Using KODAKOne and KODAKCoin, Kodak CEO Jeff Clarke notes that “photographers can be sure that their work and their income is handled securely and with trust, which is exactly what we did with KODAKCoin.”

Interestingly, the news of Kodak’s venture into the blockchain ecosystem also triggered bullish tailwinds for its stock on Wall Street. When the news of Kodak’s potential ICO broke, it stock soared from a $3.13 trading price to $12.75 within the trading session. The stock has given back some of those gains, but it is still trading up 64.52% in the year-to-date period as see in the chart above.

The more interesting part is that a date has not been fixed for Kodak’s ICO as the company continues to smoothen out some kinks in the process of transitioning from a traditional firm into a blockchain company. 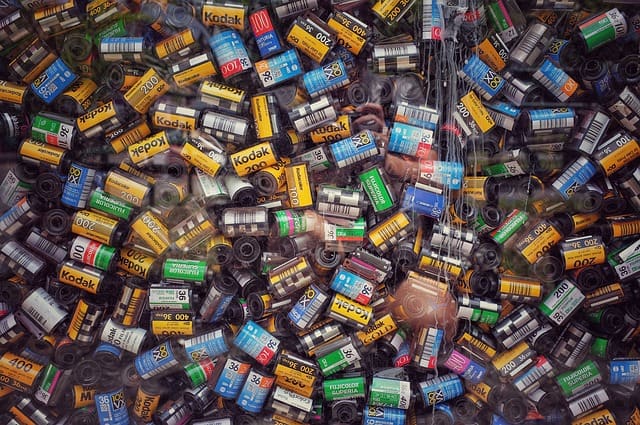