Bitcoin Options have been on the rise lately. This market has for a long time been dominated by Deribit, with the platform shooting up to a newly recorded Open Interest of $1 billion on 19 May. According to the crypto-analytics platform, Skew, the figures were consistently increasing in tandem with Bitcoin’s price action.

Deribit’s Open Interest was observed to have surged from $277 million on 1 January this year to $822 million, in just two months. This coincided with Bitcoin’s upward price action in the first quarter of the year. When Black Thursday unfolded, the BTC Open Interest on Deribit dropped first to $574 million, then subsequently fell all the way to $353 million, two weeks later.

During this time, Bitcoin registered massive pullbacks, despite its attempts to push forward as uncertainty engulfed the market. 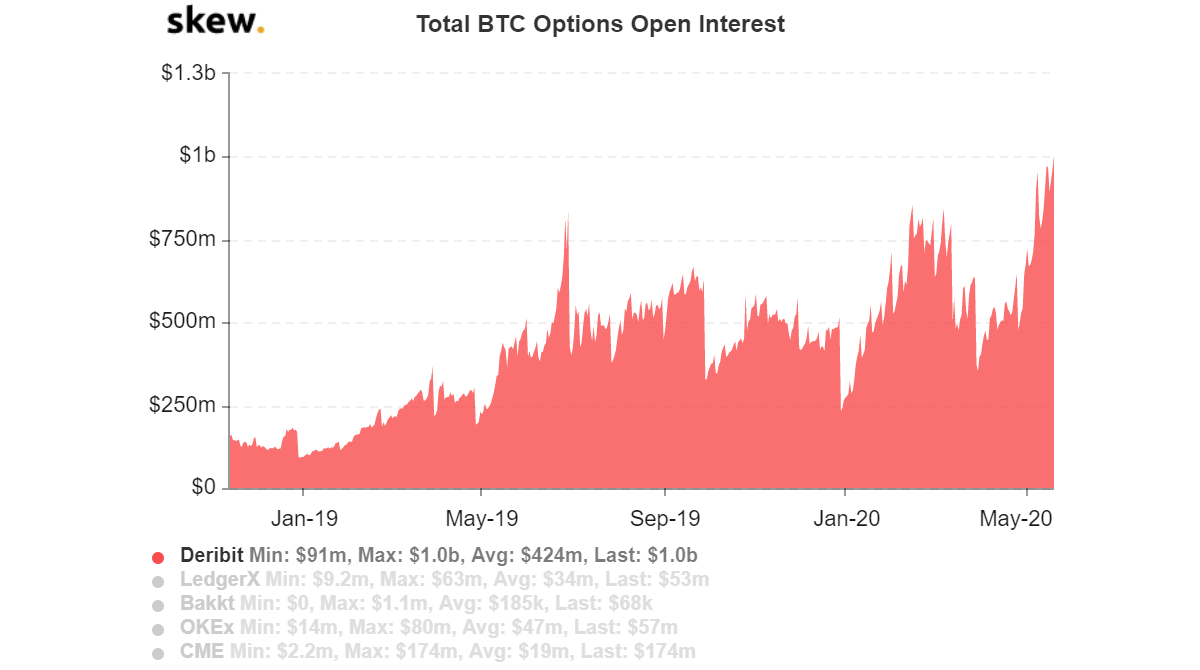 This trend soon changed, however, and in addition to the Open Interest, figures for BTC Options volume also noted intensifying activity since the beginning of May as the price of the world’s largest cryptocurrency soared close to its yearly highs. As recorded on 19 May, Deribit recorded a BTC Options volume of $98 million. The derivatives platform had reached a whopping $248 million in volume on 12 March. While it still has a long way to go before it touches this level of volume again, the Options figures have recorded rising interest.

Leading up the third block reward halving were frantic price swings. A couple of days later, however, Bitcoin’s volatility subsided as its price was flirting with the coveted $10,000-mark. What has not subsided, though, is the optimism among BTC Options investors who are often considered the most knowledgeable players. There is a rising sentiment among a good portion of these investors that Bitcoin would go up the $10K level by the end of 2020. 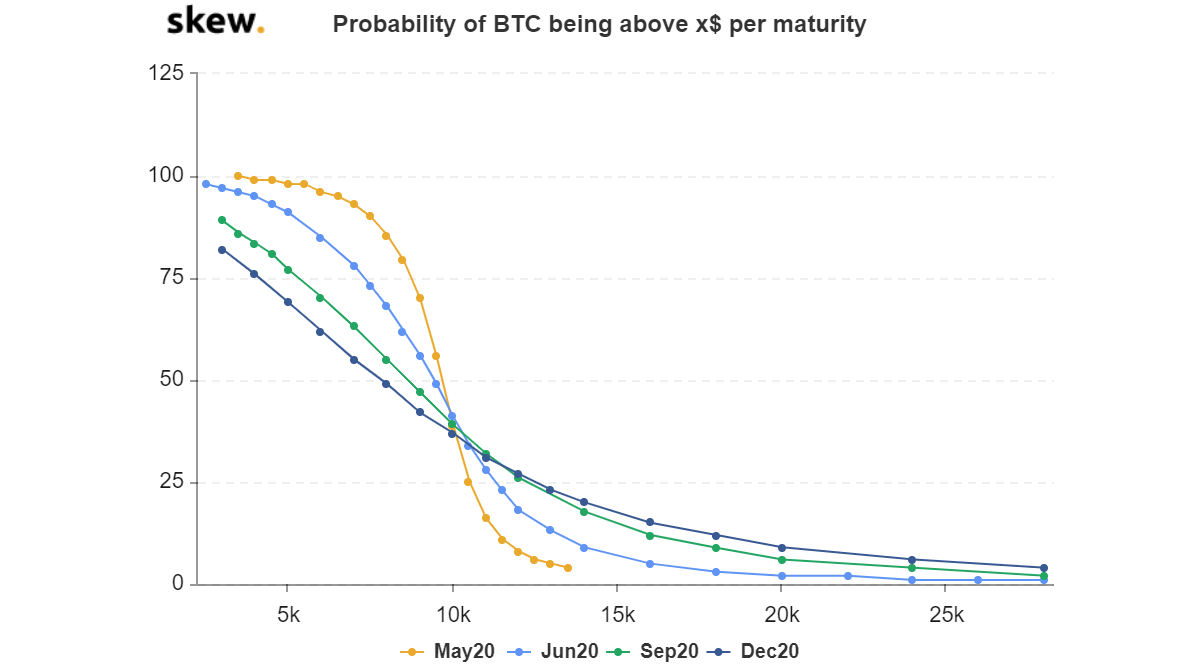 This was underlined by the latest Skew chart, according to which, nearly half of traders of BTC Options contracts with expiration days in June, September, and December, expected Bitcoin would be trading in fresh highs well above $10,000, while those with May expiry contracts bet that the price trend would be more or less around this resistance.