DALLAS, TX – Randi Zuckerberg, the former Director of Market Development of Facebook and sister of Mark Zuckerberg, has just been announced as the latest headline speaker to talk at the Future Tech Expo. She will join more than 100 other respected players in the blockchain, artificial intelligence, and other future tech industries – to give attendees the inside scoop on where the Fourth Industrial Revolution is headed and reveal how “smart money” is getting behind emerging technology.

“Almost everyone knows about Mark Zuckerberg”, said Mr. Jacobs, who is the Future Tech Expo’s organizer and host. “But what most people don’t realize – not unless they’re pretty well plugged into the tech industry – is that Mark’s sister Randi also played an important role in transforming Facebook from a college-dorm startup into one of the world’s most valuable companies.”

“She’s EXTREMELY well connected – and knows things about the tech revolution that, frankly, just isn’t public knowledge right now. Just one or two insights from Randi could give us a huge edge over other investors. So I, for one, will be taking very careful note of what she reveals to us.”

It’s bringing together more than 100 developers, entrepreneurs, venture capitalists, and other respected industry players – from the fields of blockchain, artificial intelligence, quantum computing, virtual and augmented reality, cybersecurity, and other emerging technologies – so they can give you the inside scoop on how “smart money” is getting behind the Fourth Industrial Revolution.

The first 200 attendees who register before midnight on Good Friday (March 30th) will receive a complimentary Crypto Easter bonus box, which contains an assortment of cryptocurrency and future tech-related gifts, including a bag of chocolate Bitcoin in time for Easter.

Inside the Crypto Easter bonus box is also a sealed envelope that contains the first clue for a virtual cryptocurrency Easter egg hunt, which is taking place on Easter Sunday. (Prizes include an Amazon Echo Dot, a Nano S hard wallet, a VIP upgrade to the conference, and $500 of cryptocurrency.)

Ready to purchase a ticket and secure a Crypto Easter bonus box? Tickets are available

Want to find out more about this conference? Join the free notification list

About the Future Tech Expo

The “blockchain revolution” is no longer just about blockchain anymore. In 2018-19 and beyond, blockchain tech is converging with quantum computing, artificial intelligence, cybersecurity, and other emerging technologies – and driving what economists call the “Fourth Industrial Revolution”.

The Future Tech Expo is the only conference that gives attendees the full picture on how “smart money” is betting on the fourth industrial revolution. That’s because it is bringing together more than 100 of the most respected developers, entrepreneurs, venture capitalists, and “smart money” investors from all the most important emerging technology fields – not just blockchain tech.

This three-day conference will be held at the Dallas Convention Center, close to Dallas/Fort Worth International Airport, in September. We are expecting more than 5,000 attendees, 100 headline speakers, and 150 exhibitors – with talks from founders, developers, and early-stage investors in blockchain, quantum computing, artificial intelligence, virtual and augmented reality, cybersecurity, and other emerging technologies that are set to disrupt almost every sector of the global economy. 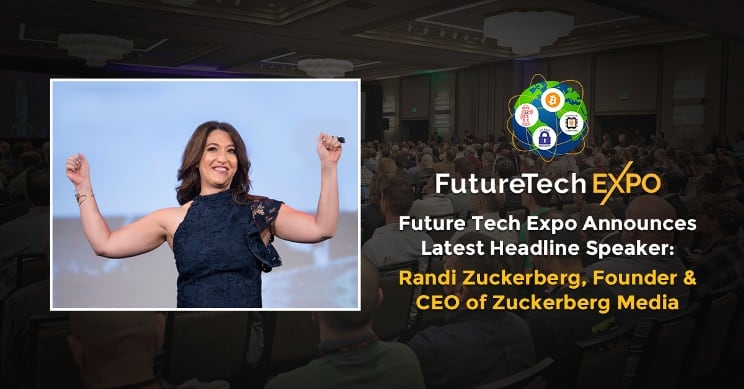