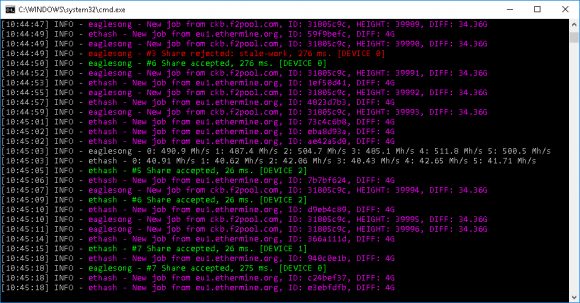 The Nervos project is nearing its CKB v1.0 Mainnet launch called Lina planned for November 16th or in a week from today, though even in the last days of the testnet you are still able to mine CKB coins thanks to the testnet mining competitions being ran. If you take part in any of these mining competitions the testnet tokens mined will be moved to the mainnet when it launches, though there are some specifics things that you may want to read carefully. The Eaglesong algorithm is more GPU intensive and thus works better on more powerful Nvidia GPUs than on what most widely used AMD cards can deliver, though mining is possible on both AMD and Nvidia hardware.

There are a number of miners available with support for the Eaglesong algorithm available, though probably the most interesting for Nvidia miners will be NBMiner 26.0 (AMD is also supported) for the moment as it supports dual mining of ETH and CKB. If using dual mining on GDDR5X GPUs make sure you also have the OhGodAnETHlargementPill running as it will help you maximize both the Ethash and Eaglesong hashrates. For instance on GTX 1080 Ti you may be getting 400 MHS on Eaglesong and 33 MHS for Ethash without the pill, and when you run it the performance should go to something like 500 / 42. Mining only CKB should get you around 1100 MHS as hashrate on the same hardware. The latest GMiner 1.73 has also added support for CKB mining for both AMD and Nvidia and it delivers pretty much the same hashrate on 1080 Ti as the NBMiner, though no dual mining in this release (ETH + CKB dual mining should most likely come in next GMiner release). AMD GPU miners have another option for a miner and it is SRBMiner-MULTI that also supports Eaglesong mining. If you are interested in a pool where you can mine CKB, then you might want to start with f2pool, hashpool or spark pool for a start.