The market for non-fungible tokens, more popular for their abbreviation, NFTs, is booming. It’s no secret that interest in it is growing, having many to believe that it’s in a state of a bubble.

Now, data shows that retail interest in NFTs has surpassed that for ICOs back in the peak of initial coin offerings in early 2018.

Those who’ve been here long enough are aware of how crazy the market was back in the second half of 2017 and early 2018. Major cryptocurrencies were booming, but that’s not what made the market mad.

Initial Coin Offerings (ICOs) were all the rage. Random projects would write a whitepaper and a put up a quick template-based website, promising to develop yet another piece of “revolutionary blockchain technology” and ask money from investors in exchange for their native coin. The wide majority of these coins were issued on Ethereum’s ERC20 protocol standard.

The ICO madness has long passed away. Now, though, there’s a new hype – non-fungible tokens (NFTs), and everyone is eager to participate in what’s promised to be the future of digital collectibles.

The interest in NFTs is so huge that it has surpassed the searches for ICO’s back in the peak during early 2018 in the United States.

Are NFTs in a Bubble?

That’s the million-dollar question everyone is trying to figure out. Some think it is, some think it’s not. The truth is that it’s hard to say mainly because it’s hard to put a price on art, weighing in the personal preference of the buyer and the value they assign to the token.

A painting that’s worth $10 million to me can be worth nothing to you, simply because you don’t like it. This doesn’t make it worthless – it just makes it worthless for you.

Let’s have a look at the most expensive NFT sales as of recently. 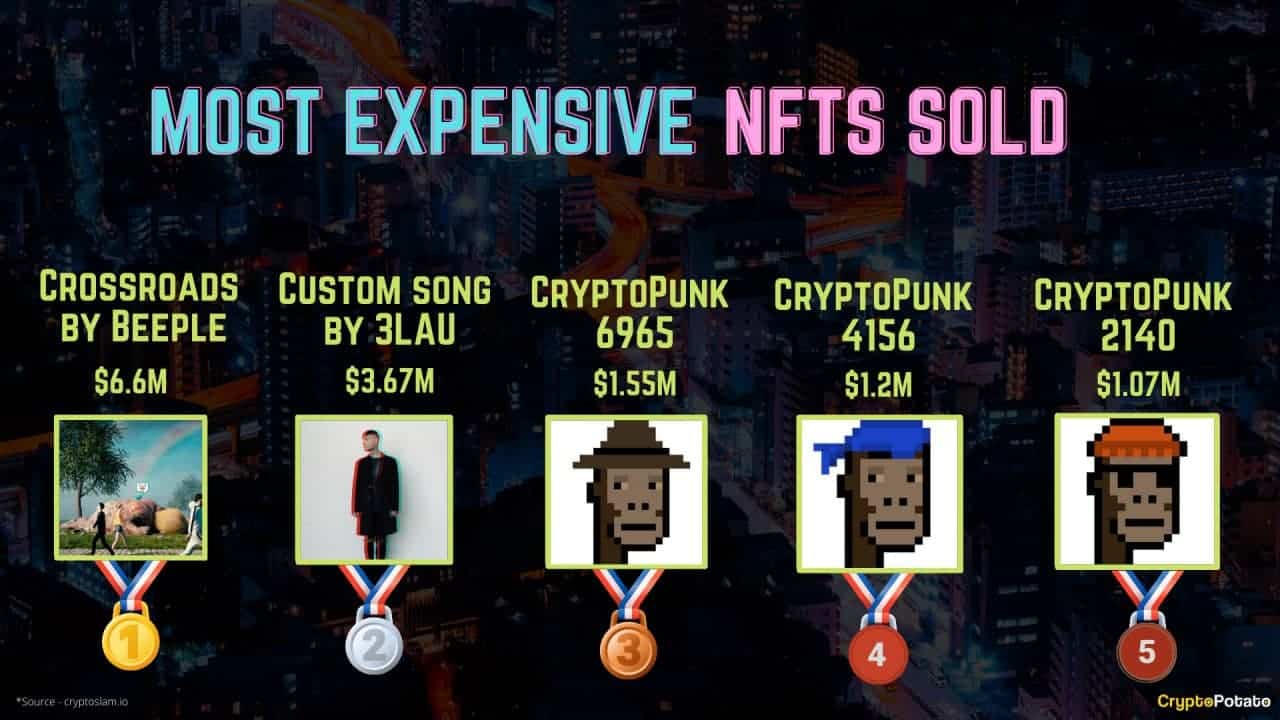 As you can see in the above image, three of five are the popular “Crypto Punks.” Now, there’s been speculation that they’ve been subjected to wash-bidding to prop up the price and bring market hype, but that’s just that – speculation.

Meanwhile, some people say that they fail to understand how someone would pay so much money for a crypto punk. Well, that’s the thing about art – you don’t have to understand it for it to be valuable.

Moreover, comparing ICOs to NFTs is pretty much baseless. The main difference is that NFTs bring forward a completed product, and investors decide how much this product is worth on the open market. With ICOs, the overwhelming majority of projects brought forward a whitepaper and a promise, and many of them never delivered.

Are NFTs in a bubble? Well, if peak euphoria is any indicator, they could be. However, this definitely isn’t the only factor to be taken under consideration. If someone wants to be the proud owner of a digital collectible and they’re willing to pay for it – it’s hard to call this a bubble. If they want to flip it for profit, though, well, then this is an entirely different story.