Earlier this year, QuadrigaCX, a Canadian exchange had grabbed headlines after the untimely death of its CEO, which led to a large amount of funds becoming inaccessible. The exchange is now back in the news after allegations of trading against its own customers.

The exchange became a common name in the crypto-space after it claimed to have lost access to its cold wallets after CEO Gerald Cotten’s death. It was claimed that Cotten alone had access to these cold wallets, following which the exchange faced a loss of $190 million, owned by around 115,000 customers.

“I haven’t seen anyone commenting on this yet, but this is probably the most incendiary information revealed from this whole sordid process to date. Even worse than shipping all the crypto to trade with on other exchanges, even worse than the cold wallet balances being 0.” 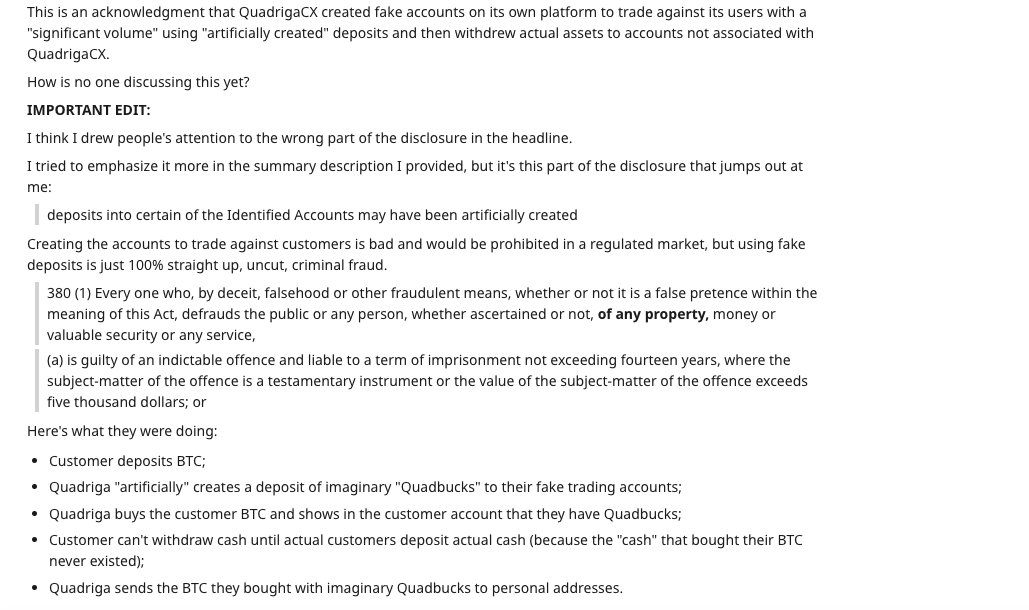 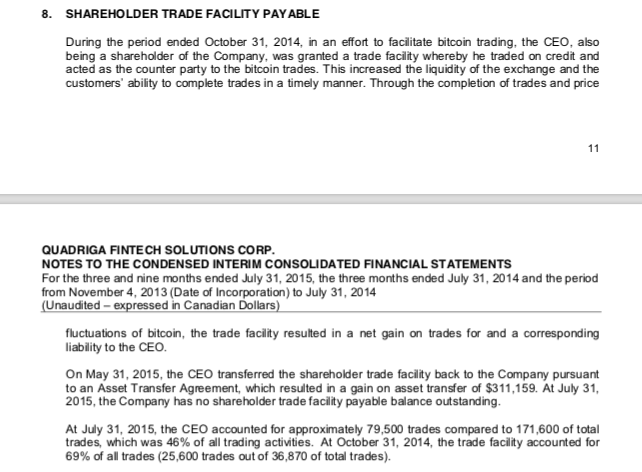 The Redditor’s claims were backed by a Cornell University Professor, Emin Gun Sirer, who said,

“Turns out that QuadrigaCX traded against its own users, and in the crypto world, this is seen as a totally normal thing that just happens at pretty much every exchange.”

“All possible ways to scam clients, create fake volumes and have more clients signup/deposit money in the exchange. This should be a criminal case/investigation and Interpol search for Gerald, assets freezing for all owners/co-founders and maybe close relatives.”

“this is a par the course for a lot of exchanges .No one should be surprised by this …oh wait none of you ever bothered to do even the least bit of due diligence when it comes to crypto.”

Earlier this week, the exchange was in the spotlight again after the wife of the deceased CEO demanded repayment of $300k in court, citing legal and managerial costs. The exchange platform was also granted an extension of 45 days to recover the missing funds by the Nova Scotia Supreme Court Justice.