Despite not being a big fan of the international financial market, Korea has been one of the best players in the crypto-space with it being the world’s third largest cryptocurrency market by trade volume.

Even though the country has been a center of attraction in the crypto industry, crypto enthusiasts and investors are not really happy with the strict crypto regulations established by the Korean government.

The country, in September last year,  imposed an outright ban on domestic initial coin offerings (ICOs) which made blockchain and crypto-related companies to move to countries with less strict regulations like Singapore and Switzerland in order to launch their ICOs.

However, to avoid losing out completely in the Blockchain-ICO business,  a top Korean court ruled in favor of cryptocurrencies, describing them as digital assets with economic value. A proposal has also been made by the National Assembly to permit domestic ICOs in the country.

On that note, Eric van Miltenburg, senior vice president of global operations at Ripple, has urged the Korean government to soften trading rules to adequately protect both investors and businesses in the cryptocurrency and blockchain industry.

“We just think it needs to be a regulation that bounces, that needs to protect consumers without stealing or prohibiting innovation,” Van Miltenburg told The Korea Times during an interview.

Van Miltenburg also likened the crypto industry to the early period of the Internet when people were more focused on the negative impacts.

“We’ve seen that in other countries and in other technologies where you found a bounce. Frankly if you think back to the early age of the internet, there were some people that only looked at the negative aspects of the internet saying we should shut it down for a while until we figure out what’s going on, and what’s good and what’s bad,” he explained.

Van believes that a more powerful approach for the Korean government would be to look at use cases and areas where regulations would give protection to users.

Ripple is bullish about blockchain technology and has recently announced it would donate over $50 million to 17 universities around the world for academic research, and technical innovation in the cryptocurrency and blockchain industry.

The program dubbed “University Blockchain Research Initiative” is a collaborative partnerships with prestigious universities from different continents as such the University of Pennsylvania, Princeton, and MIT in the United States, the University of Waterloo in Canada, Delft University of Technology in the Netherlands, and 12 others with the Korea University being the only selected school from east Asia.

Van Miltenburg told The Korea Times that Ripple might still add more universities to the program including some in China and Japan.

“Certainly Japan and China are important parts of our market. I think we don’t see this as the end of the UBRI program. This is a program that will evolve over time. You could imagine we will consider adding other universities to the program over time. Schools in Japan and China could be part of that,” Van Miltenburg concluded.

Ripple has, however, remained strong for its support towards the development of blockchain technology despite facing a lawsuit for selling unregistered securities. 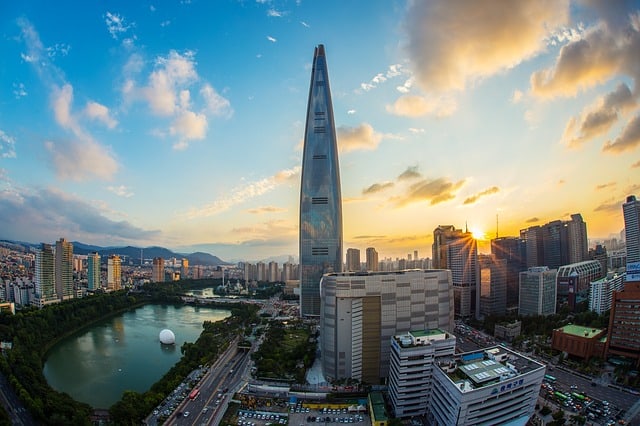