The sports world has gathered in Tokyo. Japan has finally welcomed the planet’s best athletes for the Summer Olympics.

After being postponed a year due to the coronavirus pandemic, the Tokyo Olympics officially began on July 23. And the cryptocurrency industry is not far behind. Following this year’s unprecedented bull run, the sector is now doling out money to establish its presence in the world-class sports arena.

The Olympics game has never been postponed in the last 124 years despite being caught in the upheavals of history. Even with the downscaling, the spotlight is still very much on the athletes. And deservedly so. As the Olympics marches ahead with the unprecedented challenges, history is also being created at the backdrop. This has been made possible by Crypto.com, which recently announced two sponsorship deals in 2021. The crypto platform forged a partnership with Formula 1 and UFC earlier this year, demonstrating the world’s transition to cryptocurrency. 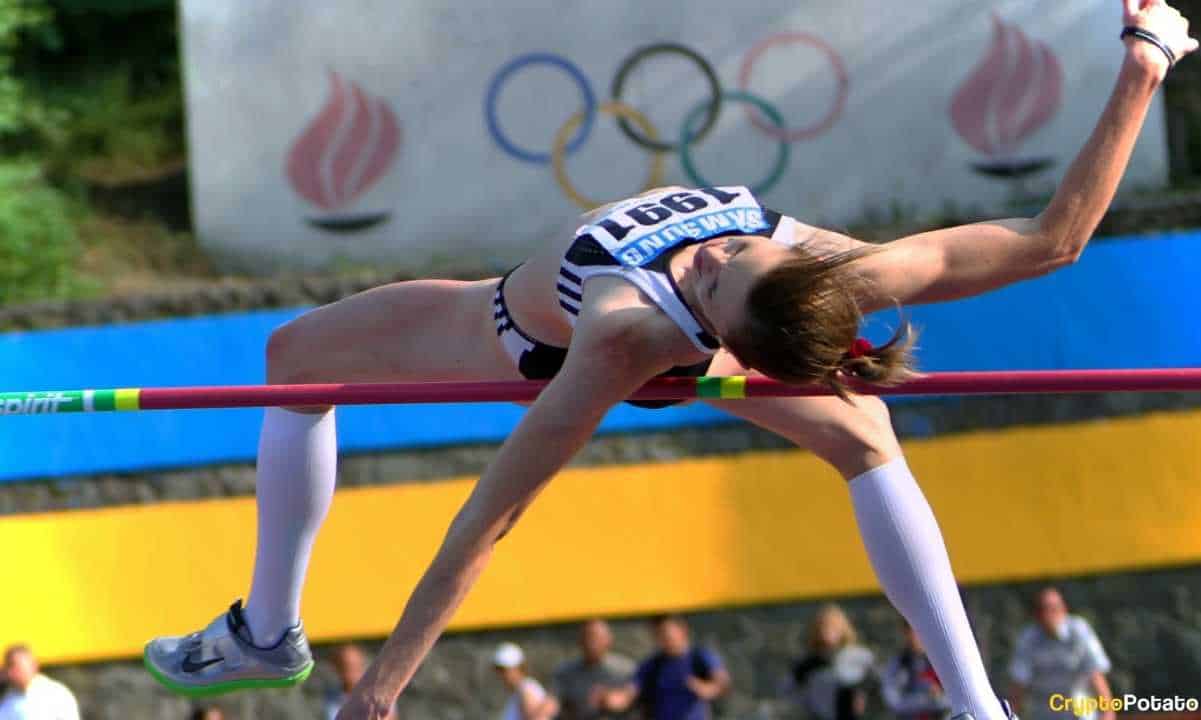 The International Olympic Committee (IOC) announced that it is all set to give the viewers of the world’s largest sports event an Olympic-themed digital experience. In June, the IOC revealed the launch of its very own Olympic-themed NFTs as part of its Olympic Heritage Collection to celebrate its legacy and engage with the fans.

The Games of the XXXII Olympiad, a.k.a the Tokyo 2020, will go down in history because of the difficult circumstances and because they are happening as the world’s general perception of money and assets is transitioning. The Olympics is now no more just a global sports event. It has emerged as a stage where several advanced technologies are being unveiled that have the power to revolutionize the world in the days to come.

Blockchain, for one, offers endless possibilities for the sports industry. In fact, the application of this technology is not limited to monetizing fan engagement, enhancing intersections, and attracting sponsors, and capturing a global market in unimaginable ways.

Then there is a whole new stream that involves the origination of new markets for sports betting and collectibles trading. But what’s more interesting is that this new frontier can be a huge revenue-generating stream for the athletes to create loyalty rewards and tokenized income share agreements.

The fusion of blockchain technology and gaming holds great opportunities for the growth of both realms. To celebrate this, globally renowned Singapore-based cryptocurrency exchange Phemex has devised an interesting plan. What could be better than the launch of a very own dual-sport cryptocurrency trading competition, dubbed the Phemex Olympics: United Through Trading, at the backdrop of the actual Tokyo 2020?

Phemex’s all-new event essentially comprises two sports – weightlifting, where participants will be rated based on trade volume and sprinting, which judges how fast traders can reach a 500% ROI.

Phemex’s dual-sport crypto trading introduces a prize pool that ranges from $23,000 to $48,000, based on the number of participants.

For the weightlifting category, the top winners can earn between $500 and $20,000. They will also receive unique mystery box gifts depending on their rank. Phemex will award those traders that manage to rake in the most trading volume during the entire duration of the campaign. Most importantly, the cryptocurrency exchange will only count the contract trading volume. Phemex’s summer Olympics will also allow all contract pairs and feature each participant’s volume on the landing page, which will be updated every ten minutes.

For the sprinting competition, Phemex will introduce a slightly smaller prize pool of up to $45,000 based on the total participation. This will enable the contestants to compete to reach a 500% ROI before other users on the platform. The ten quickest participants will be rewarded based on their ranks from $500 to $20,000.

To meet the criteria, valid participants must own a minimum of 0.003 BTC in their trading accounts at the time of registration. Besides, Phemex will count both realized and unrealized PNL towards users’ total ROI. In other words, ROI is measured by dividing individual PNL by the sum of their BTC trading account initial balance, commission incoming made during the event, and bonuses received during the same period.

In a scenario where users fail to hit a 500% ROI, the fastest ten winners will be ranked according to the highest return. On the other hand, if two players reach a 500% ROI, the one with the higher return will be prioritized.

API users will be able to participate in sprinting competitions, but not weightlifting. Moreover, only the BTC/USD contract pair is applicable for the sprinting contest.

The Phemex Olympics will be held between July 30 at 8 AM UTC till August 13, 8 AM UTC, coinciding with the Tokyo 2020. Phemex will carry out its Gleam Campaign registration between July 23 and August 8, and the competition will go live between July 29 and August 11.

The users may take part in both event categories at the same time. After August 20, all prizes will be distributed in Bitcoin [BTC] corresponding to the settlement exchange rates of that day. Players can face disqualification in case of registering batch accounts, spawning profits via market manipulation, and leveraging APIs in the weightlifting competition. Additionally, only main accounts are eligible for participation in the Phemex Olympics, and sub-accounts will not be counted.

Blockchain has come a long way from just being a buzzword in the financial sector and there are many events happening around the world to further its adoption. The technology has fortified its premise as an effective tool across many diverse industries. One rather surprising area is sports in which the tech is rising to power.

Clubs and teams are now gearing up to conduct blockchain-based solutions and customizing blockchain applications in sports to help generate engagement and monetize their fan base. Especially at a time when revenues generated from ticket sales have been hit hard by the raging pandemic, embracing blockchain is a compelling necessity for survival.

Prior to the Olympics as well, blockchain technology in the sports industry has started thriving. Blockchain is being extensively used to reward fan interaction and develop unique experiences. It also enables athletes to crowdfund performances by leveraging income share agreements. This technology is slowly creeping into mainstream consciousness since it allows reimagination of fan experience in the sports industry to conceive engagement opportunities and innovative revenue streams that were incomprehensible a couple of years ago.

Phemex Olympics: United Through Trading represents the much-needed collusion between two fields. This new product has the potential to spur the accessibility of millions of users to the world of blockchain-based tokens and decentralized networks. The more, the merrier.