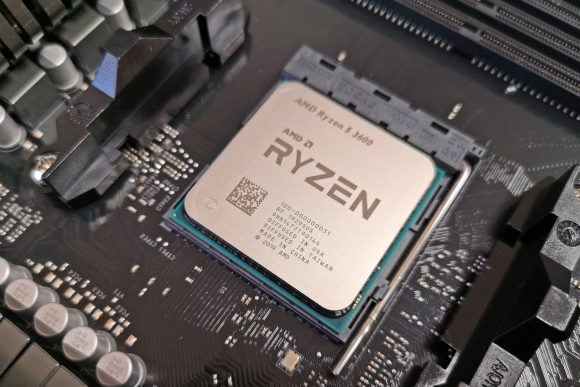 We already know that AMD’s Ryzen 9 3900x is doing great for mining based on numerous users that have posted benchmark results giving 12 KH/s or more in terms of hashrate even at stock settings and over 13000 H/s are possible with overclock. So performance wise thing look great for the 3900X CPU, however there are some specifics that are not reflected in these benchmarks and that some users might not be aware of. Most of these results are on a high-end gaming or enthusiasts PCs that are with the top motherboards, high-frequency memory and a single or dual GPUs directly on the motherboard… these are not your typical mining rigs. The reason for this is that for a GPU mining rig you don’t need as fast and as expensive CPU as the Ryzen 9 3900X, you would do with a much slower processor… that is if you are not CPU mining as well. That is precisely why now we are going to be looking at the much more affordable and still quite good in terms of performance model AMD Ryzen 5 3600 as a possible option to be used in a GPU mining rig where you would be also mining RandomX (or a variant of the RX algorithm) with the processor. 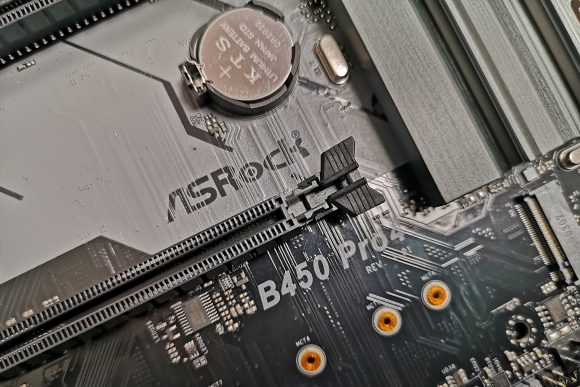 The 3000 series of AMD Ryzen CPUs use the AM4 socket motherboards, but they generally require a newer chipset motherboard, even though some motherboard manufacturers have released BIOS updates for their 300/400-series products that are claiming support for the latest Ryzen processors as well. While this generally is true you might still have some unexpected troubles and issues with some 3000 series Ryzen processors as our own experience has shown. For instance the AsRock B450 Pro4 motherboard we are going to be using here for testing purposes worked decently with the Ryzen 5 3600 CPU in normal single GPU configuration, however the AsRock Fatal1ty B450 Gaming-ITX/ac model had serious issues even booting with the same 3600 CPU, but had no trouble at all using the 3900X. So while we would not recommend to go with older than the B450 chipset for Ryzen 3000 series processor, you might still have some trouble even with specific B450 motherboards if you are looking to go for a more budget price with the motherboard and not go for expensive higher-end chipset with flashy extras that are not needed for a mining rig anyway. 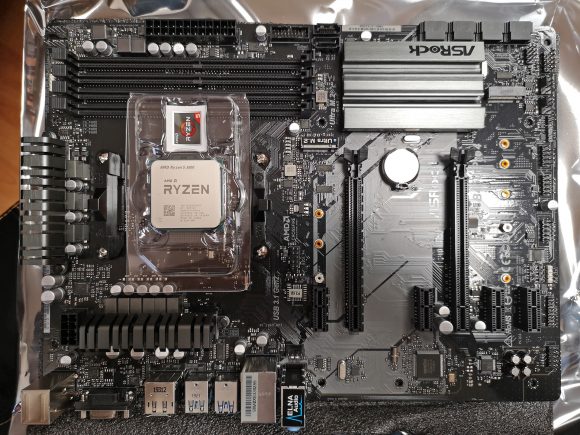 We went on choosing AsRock motherboards to play around with for a 6x GPU mining rig with Ryzen 5 3600 CPU due to the fact that they are offering more affordable B450-based motherboards with 6x PCI-E lots with most of the other MB manufacturers going for up to five PCI Express slots maximum. Of course in the case of AsRock one of the M.2 slots is shared with one of the PCI-E slots, so you cannot use both at the same time. Of course there are some higher-end chipset motherboards, but at twice or even more the price of the B450 Pro 4 model also available, but for those you would probably go for a single GPU with 3900X CPU than to use them for mining rigs. Have in mind that not all motherboards may be flashed to the latest BIOS or at least a version with support for the Ryzen 3000 series of CPUs and that would mean that you would probably need an older AM4 AMD CPU in order to flash the board and have it work with the new CPU. In our case the AsRock B450 Pro 4 MB already had the latest P3.60 BIOS flashed and worked out of the box with the Ryzen 3600 processor, but that may not always be the case, so if possible check prior to purchasing the motherboard with the seller. This is needed in order to make sure it will be ready for 3000 series and if not you may ask the shop if they can flash it for you, otherwise you should make sure you have a 1st generation Ryzen accessible to boot and flash as 2000 series CPUs may also not boot on some older boards with old BIOSes. 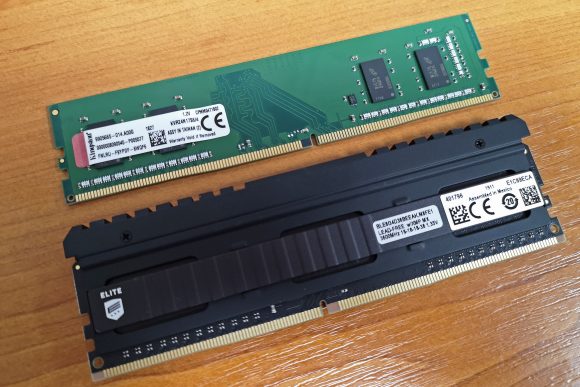 With AMD Ryzen 5 3600 CPUs as well as with other higher-end 3000 series CPUs that you might use for mining you need to have some other important things in mind in order to save yourself some headaches. These are regarding the need of at least one external video card as only the two slowest models have built-in GPUs (APUs) and these are the Ryzen 3 3200G and Ryzen 5 3400G models (note the G at the end for graphic). Everything from Ryzen 5 3600 and up does not have a built-in GPU and will need an external one in order to work, so make sure you have one available even if you are building only a CPU mining rig with 3600 CPU or faster. Do note that even though we are referring to 3200G and 3400G as lower-end models they are still quad-core processors, so they might still do pretty good for a multi-GPU mining rig, although the 3600 does seem as one of the best options price/performance wise for the moment.

Proper cooling for the Ryzen processor is also another key thing to be well prepared for. Forget about the box cooler of the 3600 as fa as mining goes it will simply not do if you load up all the cores of the processors for 24/7 mining of RandomX or another CPU optimized algorithm. The Ryzen 3600 processor will quickly hit 95 degrees Celsius as operating temperature and will start to throttle hurting performance and this is definitely not a temperature that is good for non-stop operation. Going for a AMD Wraith Prism cooler for the Ryzen 3600 will do the job of providing the best performance at a lower operating temperature (low 70s Celsius) and most importantly will still keep the cooling solution compact as this is also important for mining rigs that will also have multiple GPUs close by (though not good for overclocking). Most high-performance air cooling solutions are pretty big and you may have trouble using them in your existing GPU mining rigs, so alternatively you might want to look at some All-in-One CPU water coolers that come pre-assembled and ready for use with no need to be services by the user.

The third thing is the RAM and it is mostly related to getting the optimal performance as the Ryzen 3600 will work even with a cheap DDR4 2133/2400 MHz memory, but it will be hurt you in terms of performance. Do note that some older high-frequency DDR4 memory designed for Intel CPUs might give you some trouble, but lowering the operating frequency a bit should make the usable on the AMD as well. After doing some tests we have concluded that DDR4-3200 CL16 should generally be an optimal solution price/performance wise for the Ryzen 3600 CPU (pretty similar performance at 3000 CL15 modules). Of course going for 3600 MHz might also be Ok, but going for faster DDR4 will probably hardly bring any extra hashrate while significantly increasing the price you will have to pay (mostly due to the use of less tight timings to achieve the higher operating frequencies). More on how different memory may affect actual hashrate in a bit when we move to our experience building the mining rig based around the Ryzen 3600 CPU. 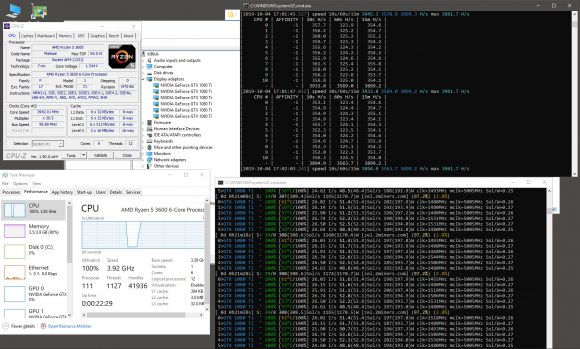 Did we manage to get the AMD Ryzen 5 3600 CPU to run along with 6x video cards mining RandomX on CPU along with a GPU algo on the AsRock B450 Pro4 motherboard? Yes, we actually did manage, but it was not easy and not stable enough to recommend it. It is a game where you play around with a lot of the BIOS settings (some acting contrary to what you’d expect them to) and playing chess with the PCI-E extenders where you have the six GPUs attached and then when it finally works out you reboot and it is not working again… only 5 GPUs work or the system does not boot at all. On the screenshot above you can see everything working fine with 11 threads mining RandomX on the CPU and six Nvidia GTX 1080 Ti GPUs mining ZEL in the particular case. One CPU thread is left for the GPU mining process in order not to hurt GPU hashrate though it also means that we loose about 350 H/s for the CPU. With GPUs sitting idle and using only the AMD Ryzen 3600 CPU with 12 mining threads we were getting around 4300 H/s instead of the around 5000 H/s with a single GPU. This is lower than the expected 6000 H/s due to the fact that the test was done with cheap DDR4-2400 MHz memory and going for means increased performance as we have mentioned already. Substituting the Nvidia GPUs with AMD Radon RX 480/580 series of GPUs does not help get a stable and problem free operation unfortunately, so it is not the GPUs that are at a fault here.

Going for DDR4-3600 MHz CL17 memory brings up th performance to around 5900 H/s for RandomX and you can get similar results with 3200 MHz CL16 or 3000 MHz CL15 memory modules and even 4GB should be fine, although 8GB would be better to have some spare free memory. So while Ryzen 3600 processor with a B450-based motherboard and a six GPUs may seem like a good idea for a more versatile CPU/GPU mining rig it does not seem that easy to build and problem free to operate for the moment like we are used to with dedicated Intel-based mining boards that are available cheap and in variety. On the other hand if you are building a new PC and want to have a good CPU that can do well for mining RandomX, then you better go for a higher-end model like the 3900X or even the upcoming 3950X as you may be mining on the system while it is normally not in use for gaming or other purposes. It seems that motherboard manufacturers may need to do sometime to improve multi-gpu support on their AM4-based motherboards as the new Ryzen CPUs are apparently fully capable of running with 6x video cards… we just need the right support on MB and BIOS level. Not that AMD is currently lacking demand for their Ryzen 3000 series of processors for users, but with RandomX getting traction by the end of this year there might be increased demand from miners as well. We would personally prefer to build good mixed CPU/GPU mining rigs than to have them separately and the Ryzen 3600 does seem like the perfect choice, but we need to find a decent affordable AM4 motherboard to go along with it for 6/8 GPUs and that seems to be a problem for the moment.