Bitcoin has long been called ‘digital gold,’ and true to its name, BTC has proven to be a store of value over the past few years, with the asset yielding better profits than gold or equities. As for gold, well, gold has been revered as the go-to store of value since time immemorial. With the advent of bitcoin, however, millennials and zoomers seem to be more inclined towards digital gold or gold 2.0.

With millions investing in equities or gold, the sub-conscious mind tends to take the upper hand, the proof of which can be seen in the charts, especially bubbles. The start and end of the Tulip mania, the Dot Com bubble, etc., all follow a similar trend, irrespective of the time interval. 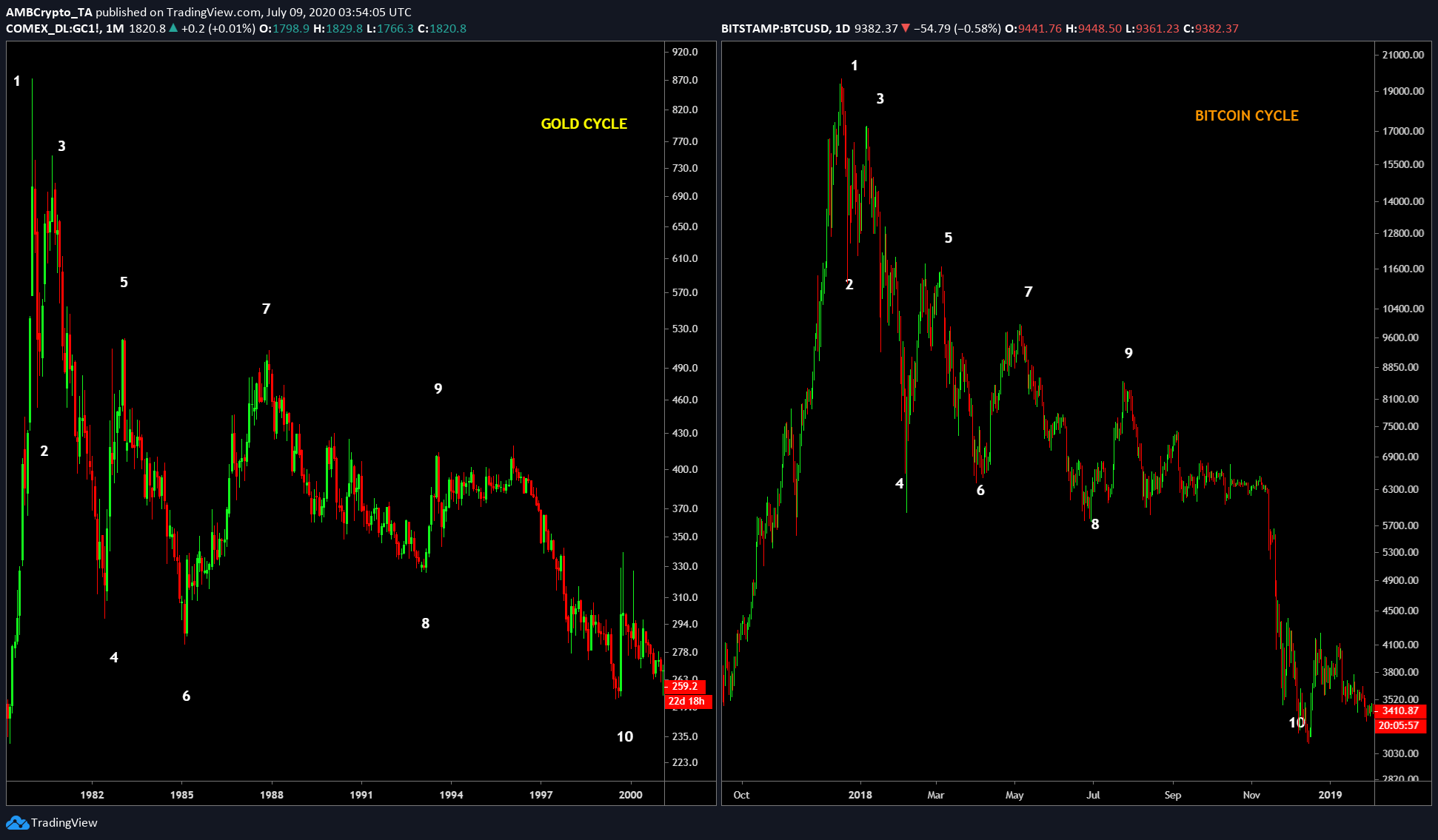 Bitcoin too follows a similar trend. The chart attached above shows the fractal formation between gold and Bitcoin. And when observed, it can be found that the 2016-2017 cycle that followed Bitcoin was eerily similar to that of Gold’s in the decade after 1982.

That’s not where all the similarities end, however. From the chart attached below, it can observed that both gold and BTC have seen a sudden crash in their prices [red wick], followed by a surge that matches Bitcoin’s present surge. 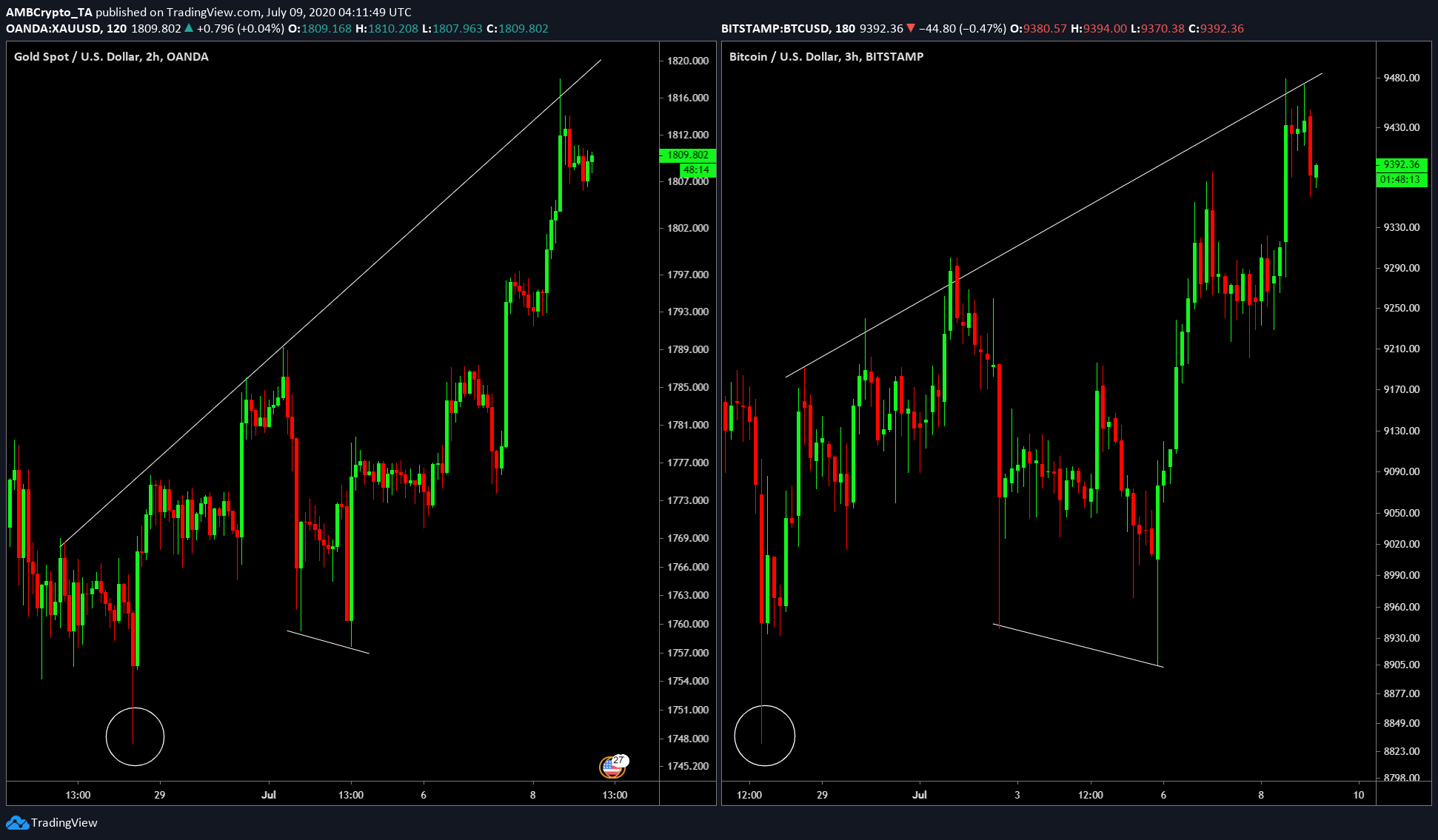 In fact, a Twitter user with the screen name “Ethereum Jack” had tweeted an image that showed gold’s cycle ahead of Bitcoin. From the same, it is clearly evident that even the volume surges are on-point. Hence, expecting BTC to surge here might not really be out of the question.

Both gold and Bitcoin, being stores of value, are noting similar price actions, a development that is something to keep an eye out for. That’s not all, however, since the 90-Pearson correlation between Bitcoin and Gold is on the rise too.

Irrespective of the similarities, the price of Bitcoin will ultimately follow its own path based on the demand between buyers and sellers. The technicals for BTC suggest that a bearish move may be incoming soon. However, this is only possible if the price retraces into the descending triangle pattern.